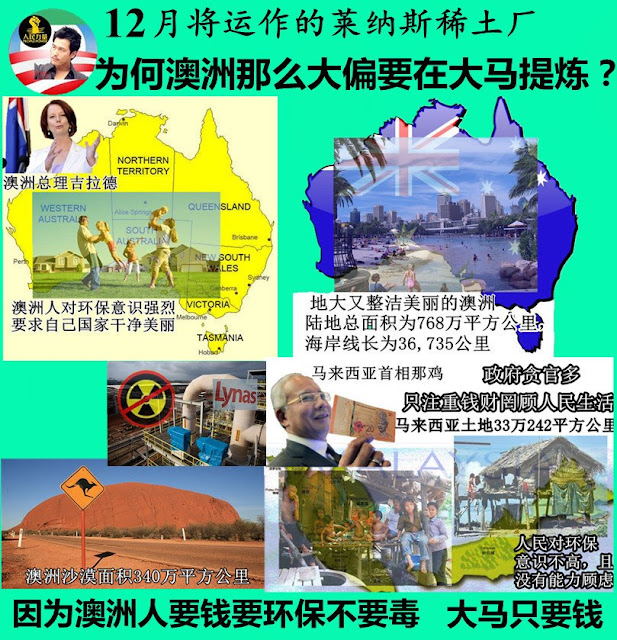 Sealink wins RM113m worth of contracts

KUALA LUMPUR: IOI Corp Bhd's first quarter net profit ended September 2012 more than doubled to RM604.3 million from a year ago, thanks to stronger contribution from its property development and oleochemical businesses.

In its filing to the stock exchange yesterday, IOI said it posted pre-tax profit of RM730.8 million, 72 per cent higher than RM424.1 million, a year ago.

The increase is due mainly to paper gain of RM259.2 million on foreign currency denominated borrowings and higher contributions from all major segments other than plantation segment.

IOI's oleochemical profits increased to RM73.2 million from RM33.2 million.
The group reaped higher profit margins from the product sales of its oleochemical and specialty fats business.During the quarter, IOI's plantation profit shrank 28 per cent to RM401.2 million from RM557.1 million reported a year ago. The lower profit was due mainly to lower harvest of fresh fruit bunches coupled with lower palm oil prices. Average palm oil price realised in the first quarter amounted to RM2,941 a tonne, compared to RM3,149 a tonne posted a year before.Like other plantation companies, IOI's oil palm business continues to face challenges on manpower constraints and prevailing lower palm oil prices. However, in the mid-term, the group expects to perform well with resilient demand from the food sector, price competitiveness over other edible oils.This is mainly fuelled by higher consumption of cooking oil in emerging markets like Asia and Africa.IOI expects palm oil price to recover beginning early 2013. Two months ago, prices plunged to a low of RM2,255 a tonne. It has since bounced back to trade at around RM2,400. Yesterday, the third month benchmark crude palm oil futures on Bursa Malaysia Derivatives Market added RM30 to close at RM2,459 a tonne.IOI's property development profit climbed nine per cent to RM111.8 million, thanks to higher share of results from Singapore jointly controlled entities. Back home, its property investment profit jumped 13 per cent to RM15.2 million from RM13.5 million as occupancy rates and rental yields of select real estate improved.

KUALA LUMPUR: Mah Sing Group Bhd is bullish on achieving sales of RM3 billion in fiscal 2013 and this time it will roll out more products targeting foreign purchasers.

Mah Sing has about 40 ongoing projects that have remaining gross development value (GDV) of over RM20 billion.

With a cash pile of RM545.3 million, it plans to roll out RM3.76 billion worth of new products next year from existing and new projects, Leong said in a statement yesterday on its third quarter results.

For the nine months ended September 30, 2012, Mah Sing's net profit rose 37 per cent to RM175.2 million from the corresponding period in the previous year, driven by changes in property mix.
Revenue was up 16 per cent to record RM1.3 billion, attributable to property development activities carried out in Kuala Lumpur, Klang Valley, Penang Island and Johor Baru.Mah Sing's unbilled sales as at September 30 were around RM2.95 billion or 2.2 times the revenue recognised from the property division in 2011, giving the group significant earnings visibi-lity.For fiscal 2013, Mah Sing is targeting to achieve 59 per cent sales from its projects in Greater Kuala Lumpur, 20 per cent from Johor, 14 per cent from Penang and six per cent from Sabah.Leong said the star performers for 2013 will be Southville City in Bangi, M Residence 1 and 2 in Rawang, Kinrara Residence in Puchong and Garden Residence in Cyberjaya."We have consistently achieved more than RM2 billion sales since 2011, and our stable of 40 projects will enable us to continue sustaining our sales," he said. Mah Sing is on track to meet its 2012 sales target of RM2.5 billion, having achieved about 90 per cent or close to RM2.2 billion as at November 15.Having recently concluded an enbloc sale, Mah Sing is upbeat there would be more deals ahead. Since 2007, Mah Sing has completed seven enbloc deals with institutional and private investors.

A simple short we produced to remind us what it was like back in the old days during our primary school days. 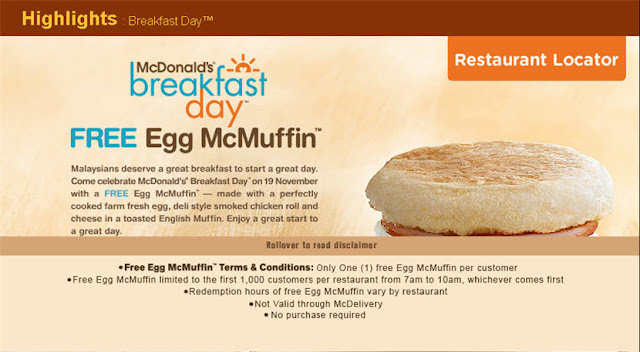 PETALING JAYA: They say eat breakfast like a king and McDonald's Malaysia has decided to celebrate the most important meal of the day by giving away over 200,000 free Egg McMuffin burgers on Monday.
Called the McDonald's Breakfast Day, all of its restaurants nationwide will be giving away freshly-made Egg McMuffin burgers to the first 1,000 customers.
McDonald's Malaysia managing director Sarah Casanova said the initiative was to reinforce the importance of starting the day with a wholesome breakfast.
“By offering Malaysians breakfast on us, we want to start a movement and rally people to make a good breakfast an essential part of a great morning,” said Casanova, who is also McDonald's Malaysia and Singapore regional manager, in a statement here yesterday.
According to McDonald's Malaysia, the Egg McMuffin is made from farm fresh egg and high-quality golden cheese with a slice of chicken roll on freshly toasted English muffin.
The first 1,000 customers at all 215 breakfast restaurants nationwide, including Genting and airport stores, will receive the free burger between 7am and 10am while the offer lasts.
It is limited to one Egg McMuffin per customer per visit and is only valid for in-store, take-away and drive-through purchases.
For more information on McDonald's Breakfast Day and a list of its breakfast restaurants, visit www.mcdonalds.com.my.

Eurozone back in recession in Q3

LONDON (AP) -- The 17-country eurozone has bowed to the inevitable and fallen back into recession for the first time in three years as a sprawling debt crisis took its toll on the region's stronger economies.
And with surveys pointing to increasingly depressed conditions across the eurozone at a time of high unemployment in many countries, there are fears that the recession will deepen, and make the debt crisis even more difficult to handle.
Official figures Thursday showed that the eurozone contracted by 0.1 percent in the July to September period from the quarter before as economies including Germany and the Netherlands suffer from falling demand.
The decline reported by Eurostat, the EU's statistics office, was in line with market expectations and follows on from the 0.2 percent fall recorded in the second quarter. As a result, the eurozone is officially in recession, commonly defined as two straight quarters of falling output.
"We can dispense with the euphemisms and equivocation, and openly proclaim that the euro area economy is indeed in technical recession," said James Ashley, senior European economist at RBC Capital Markets.
Because of the eurozone's grueling three-year debt crisis, the region has the focus of concern for the world economy. The eurozone's economy is worth around €9.5 trillion, or $12.1 trillion, which puts it on a par with the U.S. economy. The region, with its 332 million population, is the U.S.'s largest export customer, and any fall-off in demand will hit order books.
While the U.S has managed to bounce back from its own savage recession in 2008-09, albeit inconsistently, and China continues to post still-strong growth, Europe's economies have been on a downward spiral — and there is little sign of any improvement in the near-term.
The eurozone has managed to avoid returning to recession for the first time since the financial crisis following the collapse of U.S. investment bank Lehman Brothers, mainly thanks to the strength of its largest single economy, Germany.
But even that country is struggling now as confidence wanes and exports drain in light of the debt problems afflicting large chunks of the eurozone.
Germany's economy grew a muted 0.2 percent in the third quarter, down from a 0.3 percent increase in the previous quarter. Over the past year, Germany's annual growth rate has more than halved to 0.9 percent from 1.9 percent.
Perhaps the most dramatic decline among the eurozone's members was seen in the Netherlands, whose economy shrank 1.1 percent on the previous quarter.
Five eurozone countries are in recession — Greece, Spain, Italy, Portugal and Cyprus. Those five are also at the center of Europe's debt crisis and are imposing austerity measures, such as cuts to pensions and increases to taxes, in an attempt to stay afloat.
As well as hitting workers' incomes and living standards, these measures have also led to a decline in economic output and a sharp increase in unemployment.
Spain and Greece have unemployment rates of over 25 percent. Their young people are faring even worse with every other person out of work. As well as being a cost to governments who have to pay out more for benefits, it carries a huge social and human cost.
Protests across Europe on Wednesday highlighted the scale of discontent and with economic surveys pointing to the downturn getting worse, the voices of anger may well get louder still.
"The likelihood is that this anger will continue to grow unless European leaders and policymakers start to act as if they have a clue as to how to resolve the crisis starting to unravel before their eyes," said Michael Hewson, markets analyst at CMC Markets.
The wider 27-nation EU, which includes non-euro countries, avoided the same fate. It saw output rise 0.1 percent during the quarter, largely on the back of an Olympics-related boost in Britain.
The EU's output as a whole is greater than the U.S. It is also a major source of sales for the world's leading companies. Forty percent of McDonald's global revenue comes from Europe - more than it generates in the U.S. General Motors, meanwhile, sold 1.7 million vehicles in Europe last year, a fifth of its worldwide sales.
[Yahoo]
Posted by LiangChai - KLSE 理财部落 at 8:28 PM No comments:

The results were achieved on the back of a turnover of RM255.01 million compared with RM229.54 million before.

The group also recorded strong results for the first half of the financial year 2013, registering a PAT of RM112.01 million compared with RM100.91 million in the preceding year's corresponding period.
PBT stood at RM146.19 million for the first six months of the financial year compared with RM130.22 million for the same period in the previous year. Meanwhile, revenue for the first half of the financial year also rose to RM502.69 million from RM448.91 million before. For the quarter under review, the group's earnings per share (EPS) was 8.01 sen compared with 6.34 sen previously. For the six-month period, EPS was 15.31 sen compared with 13.87 sen for the same period before. Its net assets per share was 94.27 sen as at September 30 2012. Hartalega said in a statement yesterday that in view of the strong results, the board has declared a first single-tier interim dividend of 3.5 sen per share for its financial year ending March 31 2013. The entitlement date is November 23 2012 and payable on December 13 2012. Hartalega's executive chairman and managing director Kuan Kam Hon said the performance was attributed to the increased manufacturing efficiency at its production plants, resulting in rising speed of production lines. This was further aided by a drop in raw material costs for both nitrile and latex, which decreased substantially from the record highs seen earlier this year. 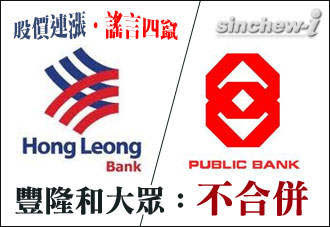